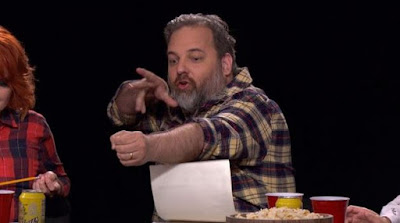 One of our newer questers, Alice, casually dropped into conversation last week that she had just binged watched Dan Harmon's latest series, Harmonquest on SeSo. Dan Harmon is the creator/writer of the critically acclaimed Community series the first 3 seasons of which are absolutely outstanding - the only series I have ever watched when I have literally  fallen out of my chair laughing, so it stuck in my mind when she mentioned it. There are a lot of youtube channels that explore whether a  role playing game is media viable and longstanding campaigns that have a reasonable subscriber base are on going, but the missing element in all of these is an animated backdrop. 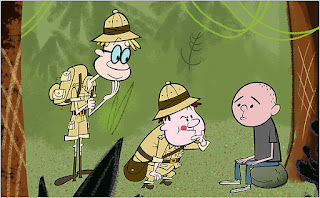 Like the cutaway scenes in Family Guy or the Ricky Gervais Show, absurd and surreal scenarios can instantly be given depth and context to engage audiences onto a level playing field and often to hilarious effect as, as we know, role players often miss some of the little things when thrown into the fray, like, 'oh, I forgot my head is still on fire'. Not only are farcical hilarities exposed when a given session is depicted, but also the ludicrous plans that party concluded were a good idea at the time. Whilst the animation has not had a huge budget available to throw at it, it does just enough not to detract from the show. 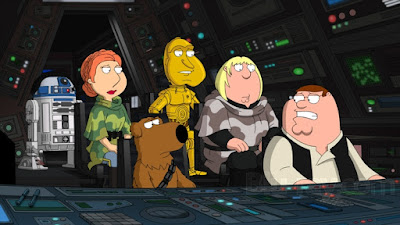 The GM, Spencer,  keeps a constant upbeat tone in order to play the commentator and mediator as well as the npcs, which he does admirably given such new ground and whilst his presence is essential it is neither overbearing nor lackluster. Spencer frames the situations concisely and rarely intervenes except when time presses to close an episode. Given there is a guest spot each week that can vary somewhat between those people who have never played before to those who either love the genre or are from an acting background, whilst some of the guests perform bravely in an albeit bemused way, those that pick up the idea quickly are absolutely wonderful to watch, but all of them give it a shot. The rotating guest spot also means that by the end of each session the adventure must sadly lose a player, which presents its own regular mini feature to look out for. 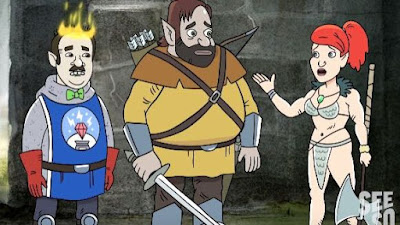 I would say that it is a bit of a rough cut gem as it doesn't always flow, definitely experimental in places, but just like any cast in its first showing, the players start to warm to each other by the middle of the adventure and the characters backgrounds define the players actions well by the end of the series. The live audience of course dont have the benefit of the animation so they can be subdued at moments but it is clear that they know the nature of the game and cheer on the highs and lows of the adventure.

Given a tight budget and a longstanding culture to draw from, I do hope that we will see more adventures to come.