One of our games has rotated recently due to the fact that our new kid on the block, GM Max, has kindly agreed to step in and run his Warhammer Fantasy. Whilst the free form D&D has been shelved for now, as fun as it was, it was also a stop gap kindly volunteered by GM Mike but as Max was raring to go who are we to stop someone with Viking speakers and medieval shopping music? I sort of forgot the ambiance that a good tune can bring to an RPG as its been a few years since I was in a home game but these details lend themselves very well to atmospheric play.

In a nod to GM Jules it sort of brings part of the club full circle as one of the first blogs I posted was regarding the destruction of a dagger possessed by Demons in his Warhammer a few years ago; so in the new technical era of self affirmation do find my link below

I remember appreciating the Warhammer at the time and as accustomed as I am to percentile systems, I did find the character sheets a little poorly laid our but as I had previous experience, my eyes did seem to find the right sections when required.

Nevertheless, I manged to pick up the magnificent Friar Duck for the session and what better title for a gregarious over fed lady of the cloth - presumably the cloth in question being a table napkin  The adventure is currently involving the transport of a bandit ringleader who appears to be slowly running out of life; our party bounty hunting methods currently not falling entirely within the health and safety best practice. 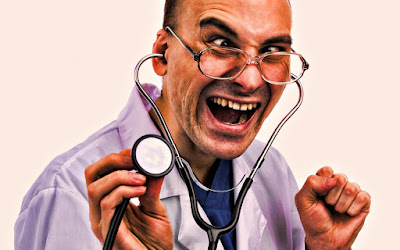 Rolling around in his own excrement in the back of our cart, the accused to be had sustained a nasty infection to his leg which I had wholly failed to tend by way of a critical failure; jamming large clumps of mud into the gash did nothing to raise the poor chaps spirits but thankfully Jo stepped in with his character. Lacking any basic health skills he did however have the stab speciality, so after a spirited thrusting with his knife to the inflamed area we were suddenly in triage whilst our victim bled out. Professionally panicking we decided to quickly cauterise the entire leg and whilst he will never walk again, we feel confident that we can still make a bounty claim on partially damaged goods.

Moving on to an intermediate town where we hoped to rest, the remaining outlaws managed to ambush us by way of disguising themselves as the perimeter guard. Standing our ground with our assassin sniping from the shadows, we took them down in short order but trading a few blows and shots in the process. The particular star of that event was Lees's character that seemed to accumulate a rather impressive set of bonuses by charging in berserker fashion. All very well and good but in my experience such encounters are just a calibration exercise by the GM but for now we shall be drinking in the bar by sunrise and leaving our worries at the door.