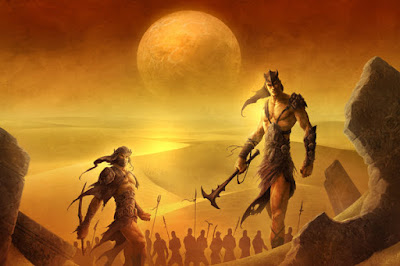 Last week was one of those evenings. Over the years we have had a large number of wayfarers and adventurers through our doors and whilst not all have remained, many will have have left with a weird but welcoming feeling of what this role playing thing is all about. As a public club we bend over as much as possible to fit in part time players, casual or interested visitors and also aliens that have to report back to their overlords. Given a large pool of potential players there are always those evenings when everyone drops in to say hi. 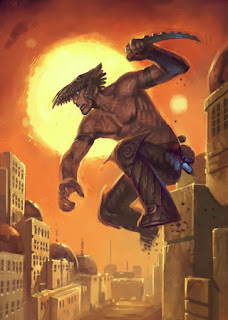 Whilst everyone gets this and the humans among us are both flexible and good natured, GMs are punished somewhat as all of their games hit capacity instantly and last Thursday was no exception. To be fair we were at four games for that last six months and I was not sure how many players would remain with us at rollover but it does seem like the Planescape players have stuck around somewhat to sample our other wares.

So I think we need to repeat the experiment and a fourth game started and as such I will open another D&D 5th, this time set in the DarkSun universe which is not a formally supported world at present but quite easy to adapt - just use a random Faerun module and raise the temperature by 100 degrees and leave to bake for just over a thousand years - serve with a sliced throat.

The basic premise of the world is that several great and powerful necromancers arose to dominate all civilization and as their magic use and abuse drew from the life essence of the surrounding world, so that life inexorably died. Deserts arose where forests once stood and the seas retreated into legend. In the end of days the necromancers ferociously warred against one other and the final damage to an already broken world was catastrophic. What was left is the dying world of Athas. 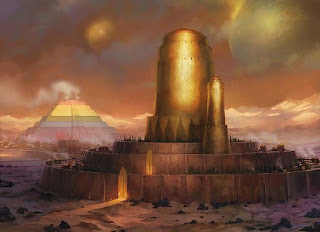 So I will have a count again this Thursday and if GMs are content to be relieved a little I shall steal some people and co-opt those who are waiting for a warmer adventure.