The paradox of social networks is that they both bring people together as well as divide them and I sense civilisation is still maturing with regard to their use. There is an old Chinese saying 'Dont drink poison to quench your thirst', but whether you are a herbalist or assassin both share certain professional interests. Our club discord server has served a certain utility and whilst enabling the usual emotional abstraction it has been far from divisive as we are a small club and are based around a physical meet. 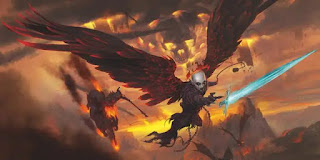 In more recent months though I have subscribed to the Brighton Area Dungeons and Dragons  Facebook group which sports 145 members and its good to get an idea of how local games are thriving. Indeed it has a slightly more familiar feel for me as a few of our old members are founders having taken some of their games down to the Dice Saloon. 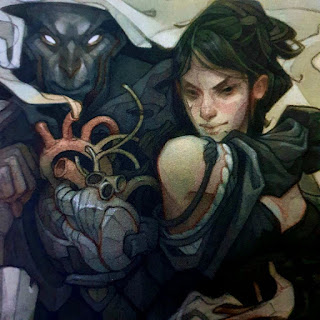 But more recently a UK Dungeons and Dragons groups has appeared on my radar and having just joined it a national picture is suddenly apparent with over 8500 members. Now at this scale as moderated as it is all types of players collaborate but for the most part the crosstalk is amicable. But for me the real interest is reflecting on the personal narratives that players recount both from the how the hobby has impacted them as new players as well those  returning to the tables after many years or indeed decades; seeing people reconnect with a passion is always heart warming and I am sure they will crack a wry smile at the first GM-player argument after coming out of retirement.

So where next for the new cyber society ? Perhaps a global group - all role-players on the planet together discussing the merits of  D12s vs D20s or a hive mind of meta gamers. We are Torg.